As an American Writer, Composer, Director, and Choreographer, TONY SPINOSA is thoroughly invested in preserving and innovating the Broadway musical.

‍
His latest project, Singing Revolution, is a Europop musical that tells the story of an Estonian who falls in love with the daughter of a Soviet Commander. Against the backdrop of the real historical events of Estonia’s revolution against the Soviet Union, the story travels back and forth across four decades to discover how they met, how they became enemies, and finally, what tore them apart. Singing Revolution is about the importance of resistance in the most difficult of political circumstances and is a mirror for our current times.

‍
Born in New York, Tony was mentored by theatre legend Michael Bennett and made his Broadway debut in Peter Pan with Cathy Rigby.

He became the Resident Director of the 2010 Tony Award® Winning Revival of La Cage Aux Folles and has produced mega-hit Broadway benefits of Thoroughly Modern Millie, Bombshell, [Title of Show], When Pigs Fly, They’re Playing Our Song and more. These special events have raised much needed funds for important organizations such as Broadway Cares/ Equity Fights AIDS, The Entertainment Community Fund, and the Theatre Development Fund.

Off-Broadway’s Charlie Chang and the Mysterious Salami, as well as regional productions of Newsies, West Side Story, and Cats.

Additional credits include mounting productions of Hairspray, Fame, The Music Man, Oliver!, Kiss Me Kate, Fiddler on the Roof, and of course, La Cage Aux Folles.


Through the European Arts Organization IETM, Mr. Spinosa has created international collaborations in Zurich, Glasgow, and Vilnius. He is a proud member of SDC, AEA, SAG-AFTRA and DGA. He splits his time between New York, Los Angeles, and Palm Springs.

Is That a Spear In Your Pocket? 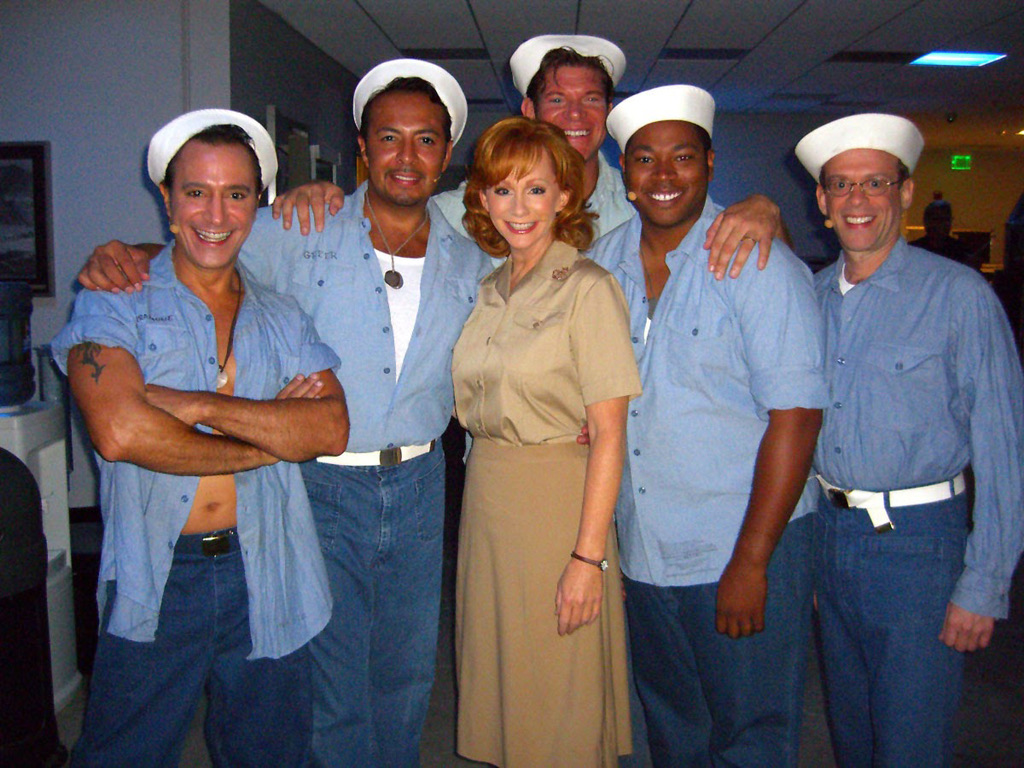 Reba McEntire in South Pacific at the Hollywood Bowl. A Chorus Line at the Hollywood Bowl. Kristi Roosmaa & Uku Suviste at the EV100 Gala at the Essex House, NYC. George Hamilton backstage in the National Tour of La Cage. 54 Below introducing the iStar Theatre Lab. The John F. Kennedy Center for the Performing Arts in D.C. The World Premiere of Singing Revolution at the Broadwater Theatre in LA. Tori Spelling officiates the wedding of Tony & Dex on July 7, 2007.